Key Influencers: What Are They and How Can They Help Your Brand?

Key influencers are people who already capture the attention of a brand’s audience.

They are essentially the most popular people talking about your industry, and your key influencers are the ones most likely to willingly represent your brand. The reason to define them as key influencers is therefore twofold: they already attract the same or a similar audience to that of your brand, and they are demonstrably interested in your brand.

Running an influencer marketing campaign with just any influencer will have a lower probability of success. Using a key influencer to specifically target your brand’s audience increases that probability by a high margin.

Why Use Key Influencers?

Key influencers can focus the efforts of your influencer marketing campaign by targeting the audience whose attention and business you seek. They can start conversations, offer their input, and sway opinion with their influence. Whether they join a thread on Twitter, make a post on Instagram, or feature a product in any other social post, they can wield their influence to shape the way consumers talk about your brand.

The Three Archetypes of Key Influencers

Key influencers can resemble several archetypes, depending on the industry. While their defining characteristic is the captured attention of a brand’s audience, there is room for nuance in their appearance.

Influencers who have huge followings generally have a lower engagement rate. Key influencers like this can easily spread brand awareness, but lack the engagement to propagate a conversation themselves.

In addition, influencers with a million-plus reach can usually expect to charge a significant price for their services. Thus, it’s best to think of this type of key influencer as a conversation starter.

So @trouty seems like you’ve been busy all day #bartering my time lol https://t.co/OuAHSRF9yq
-
Any amazing day of bartering for wine - time for wine pic.twitter.com/bCZzJbCnr6

This type of influencer typically has fewer followers than the aforementioned example, but can start conversations and carry them forward with their high engagement rate.

They can leverage their positions as thought leaders to reference your brand with authority, and can interact with their audience more consistently to provide a sense of authenticity. Think micro – between 10,000 and 50,000 followers.

The smallest of the three, these are usually industry experts, journalists, or other commentators who actively participate in social media conversations. They write threads on twitter or share articles on their Facebook or LinkedIn profiles, and position themselves as knowledgeable people with respectable opinions.

Sometimes their opinions gain viral attention, but for the most part they maintain a small stable of highly engaged followers with whom they often interact. Unlike the thought leaders, this type usually follows or comments on trends, rather than bucking them.

What do you guys think about TikTok?

How to Identify Key Influencers

The most important criteria for key influencers is that they capture the attention of the audience whose business you want. Secondly, key influencers should ideally be interested in your brand or your industry, and speak with some measure of authority about it.

A good way to find key influencers is to track social mentions of your brand using one of the host of tools available on the internet. Free solutions, like Social Mention, can help you do the legwork, but require manual input and a bit of analysis on your own. Aggregate and task management platforms like Hootsuite also track mentions of your brand as well.

You can also sift through hashtags and phrases on popular social media sites. Twitter’s advanced search allows you to itemize your searches by criteria like a phrase, hashtag, location, or date.

Finding a “good” hashtag is a matter of determining if it’s used and moreover if it’s relevant. Check the dates and engagements of the most recent posts under a hashtag: if the last major post was from 2015, it isn’t relevant anymore.

Some social listening tools offer more in-depth analysis of hashtags, including Julius’ posts tool. Realistically, the simpler a hashtag the more likely it is used and followed. You will find endless posts tagged under #travel, for example.

When evaluating influencers, it’s vital that you verify their audience. Tools like Julius offer snapshots of who follows, which can lend valuable insight into why an influencer has a following, and whether it will fit with your brand. If you want to target millennials, for example, your key influencer’s followers should reflect that. 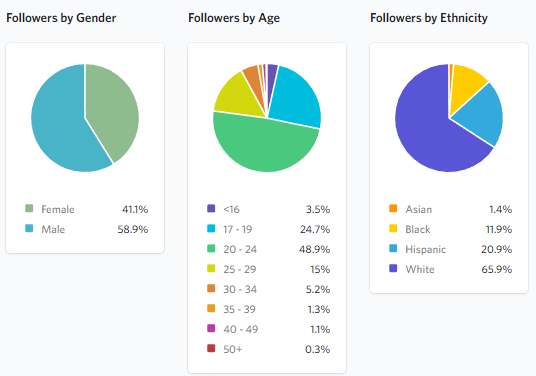 When you’ve found who talks about your brand, or who moves the needle in conversations related to your industry, the next step is vetting the influencer. It’s important to evaluate why an influencer is popular, whether they fit your brand’s message, and if they can deliver the engagement and interest in your brand that justifies your investment.

Julius can help you evaluate influencers with in-depth audience and engagement data, as well as performance metrics for organic and sponsored posts of any influencer. From there, the next steps are to reach out, coordinate and strategize, and send over a contract. Happy hunting.

Welcome to “Dear Julius”–a series dedicated to helping our readers navigate Julius and the...

The Most Important Social Media Platform Updates in 2018