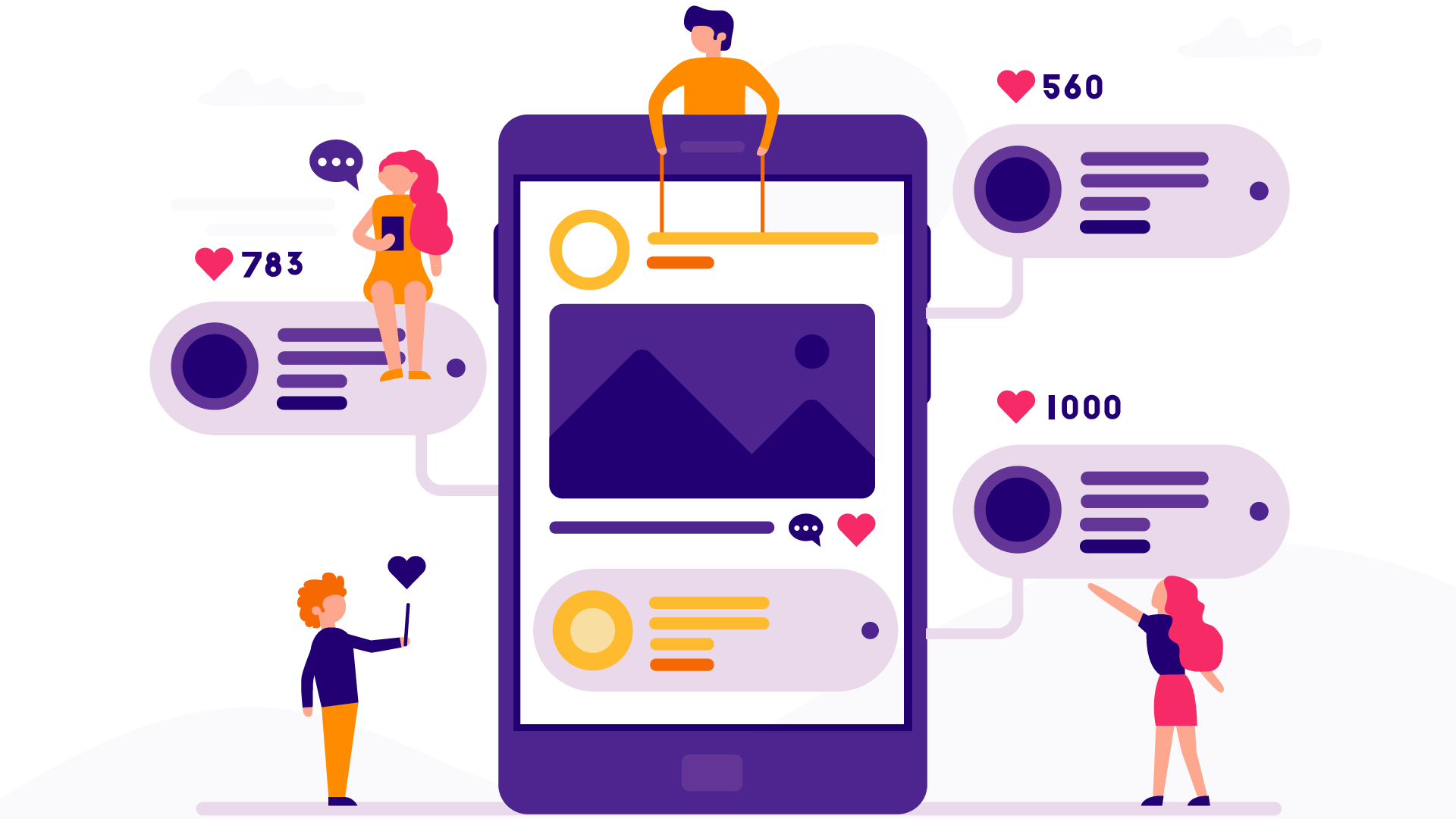 If you’ve spent any time in the world of influencer marketing, you’ve likely heard the term “earned media value,” or EMV. It’s a metric marketers use to determine the value of the publicity earned by their campaigns. Often, influencer marketing campaigns aim to generate awareness for a brand, product, or service by leveraging the channel and voice of an influencer.

Capturing, quantifying, and reporting on that effect can be a challenge for even the savviest of marketers – the table stakes statistics for social media marketing are often not enough, as impressions and engagement only tell part of the story.

Marketers in the digital age look to earned media, and therefore EMV, to fill in the gaps.

What is earned media?

In general, earned media refers to any publicity gained through advertising that wasn’t paid for by the brand. That includes conversations about a brand, recommendations made for it, or any other word-of-mouth activities mentioning it. 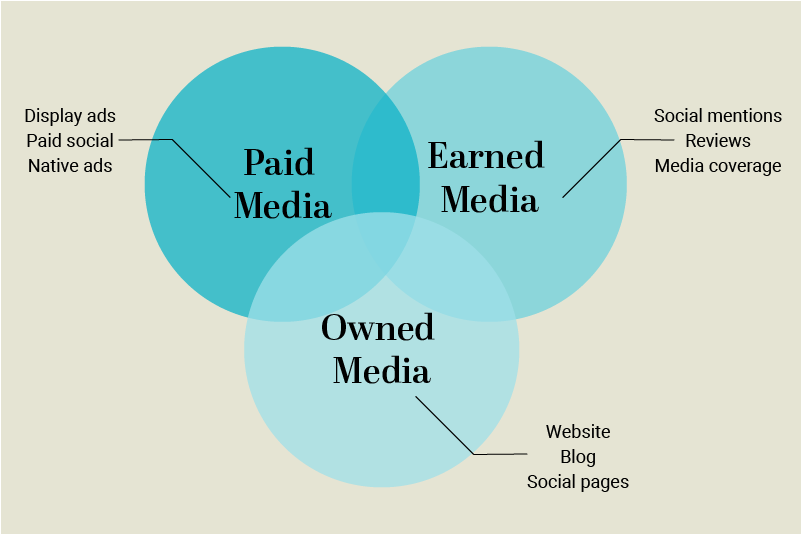 As compared to paid media, which refers to paid promotional efforts, and owned media, which refers to channels owned and operated by a brand itself, earned media encompasses things like user-generated content, social media conversations, and more. Since it’s neither paid for nor controlled by a brand, earned media is inherently unpredictable – but that doesn’t mean its effect can’t be measured, and it can often be the most valuable media for a brand.

EMV provides marketers with an independent validation of the impact of their influencer marketing campaigns.

Word-of-mouth marketing will always be one of the most effective forms of marketing, for the simple fact that people trust people more than they trust brands. Influencer marketing works because social media users trust the genuine recommendations of their favorite influencers. Influencers can help spark conversations, guiding their followers to consider a brand or take an action. This generates momentum that, while valuable, is difficult to capture.

Earned media matters so much to marketers because it can supplement or even drive greater revenue than paid and owned marketing. There’s a reason why companies like Estée Lauder are devoting 75 percent and more of their budget to influencer marketing – because influencers and the earned media they generate can handily outperform their own branded efforts.

Measuring the power of influence

Every new feature, platform update, and algorithm tweak has an impact on the way people view, enjoy, and interact with content on social media. Sponsored or not, the factors that affect how or why someone sees a post in 2019 are vastly different from what they were in 2012.

In 2016, multimedia agency, Ayzenberg, in conjunction with Soumates.io, a social media marketing company, set out to create a baseline, benchmark statistic for marketers that could grow with the unpredictable changes of social media.

The benchmark index they released in September 2017, aptly named the Earned Media Value Index (EMVI), gives marketers a snapshot view of the impact of their social media campaigns. Though there are several different long-form methods to calculate EMV by hand, the Ayzenberg index is considered the industry standard for influencer marketing. And in the case of influencer marketing, EMV calculates a dollar value of media earned from influencer content.

How does EMV work?

EMV assigns a dollar value to every interaction made with a post or account on social media and calculates the total value of their “earned” interactions. That means every like, share, retweet, quote, and comment is given a value and added together to create a single, easily discernible value. 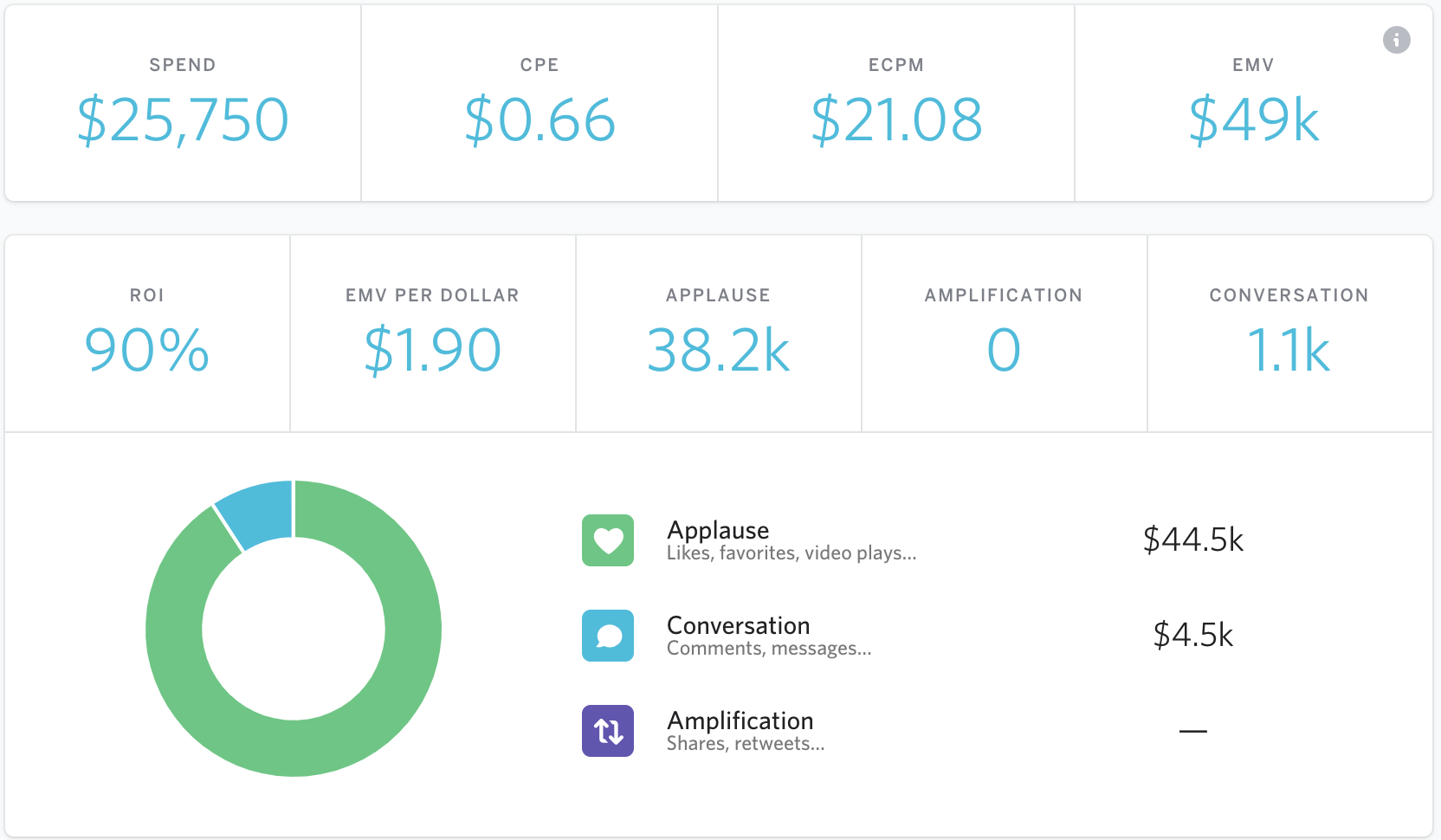 In the case of EMVI, much like a stock index, Soulmates routinely updates its algorithm to reflect the ever-changing tides of social media. These values are derived from a variety of in-house and third-party sources at Ayzenberg to reflect the most accurate and up-to-date view of the social media landscape.

EMV is by no means a perfect statistic, nor does it answer every question marketers might have. Whether you use Azyenberg’s EMVI, like Julius, or calculate it by hand, the industry lacks objective, unequivocal values for social media interactions. That’s not to say that EMV doesn’t have value, but rather that it should be used in tandem with other metrics in a marketing toolkit. Here are some alternatives to consider:

All in all, EMV can be an effective way to measure the value of word-of-mouth conversations generated from your influencer marketing campaigns, giving valuable context to something that would otherwise be left to intuition.